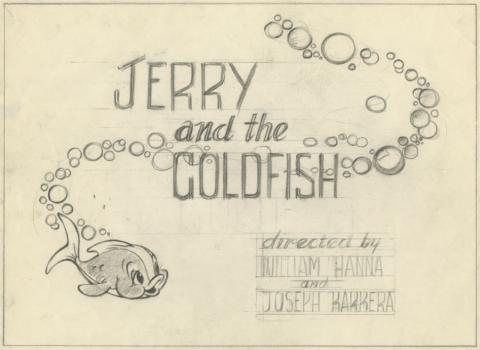 An original layout drawing from the title card of the MGM Studios animated Tom and Jerry short Jerry and the Goldfish (1951). The drawing features an image of the title card as well as the titular goldfish, and was created at the studio and used during the animation process. Being that each short only had a singular title card image, the artwork created to design that singular image is incredibly rare. Measuring 10.5"x12.5" overall, with the image area measuring 7.5"x10", the layout drawing is in fine condition with light edge wear including some creasing, as well as minimal wrinkling to the page.