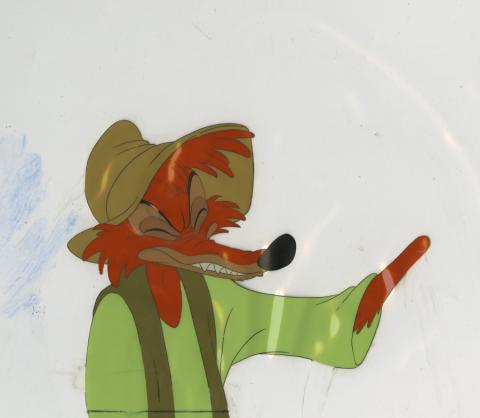 This is an original production cel from the Walt Disney Studios production of Song of the South (1946). This hand-painted cel features Brer Fox and was created at the studio and used during the production of the film, representing a singular frame of animation that was photographed and appearing in the film. The overall measurements of the piece are 9.75" x 11.75" and the image itself measures 5.5" x 6.5". The cel is in good condition with some blue paint residue on the cel to the left of the character image and some rippling in the cel due to age. We've also paired this cel with a giclee printed reproduction background (not shown).