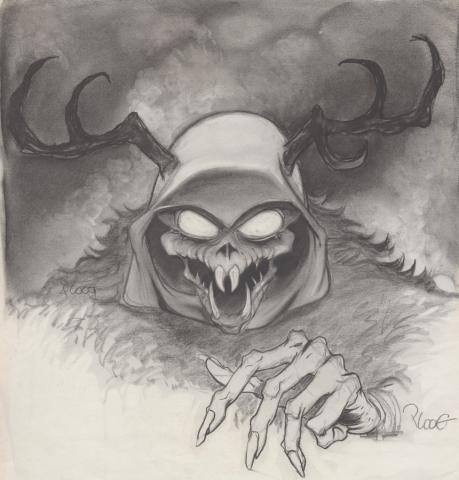 An incredible original concept drawing from the Walt Disney Studios animated film The Black Cauldron (1985). Featuring a brilliantly designed image of the Horned King, the concept drawing was created at the studio by Mike Ploog and used during the development process. Ploog is renowned for his comic book art and live-action movie designs, and was brought into apply his vision to the film's early development. The drawing is signed twice, on the shoulder and wrist of the Horned King. Measuring 15.5"x14" overall, and with the image area measuring 13"x12.5", the concept drawing is in very good condition with minor edge wear and torn corners.