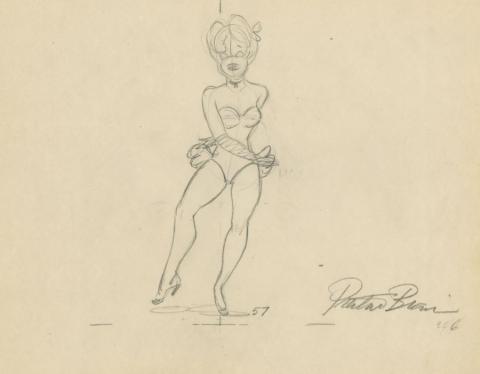 This is an incredibly rare original production drawing from the MGM Studios short Swing Shift Cinderella (1945). Featuring a fantastic image of Red Hot mid-dance, the drawing was created by Preston Blair at the studio and used during the production of the film. The image was also featured in the 1995 Preston Blair/Red Hot Tribute Poster released by Hanna Barbera. Measuring 10.5"x12.5", with the character area measuring 8.5" x 5.5", the drawing is in fine condition with minimal edge wear, and is also been signed by the artist on the bottom right.