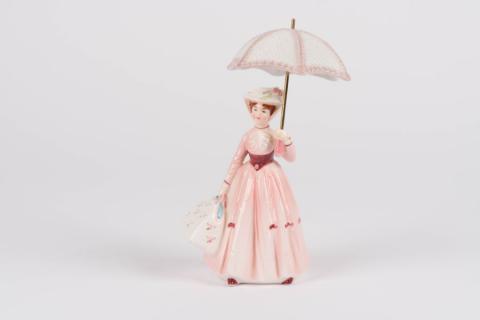 A ceramic figurine depicting the titular character from Walt Disney Studios classic 1964 film Mary Poppins. Enesco produced a variety of figures inspired by the whimsical character, with a range of costume variations based on the different scenes in the film. Mary's pink Jolly Holiday attire is featured in this charming piece which measures 4.25"x3" and 7.5" to the top of her umbrella. The figurine is in good condition.