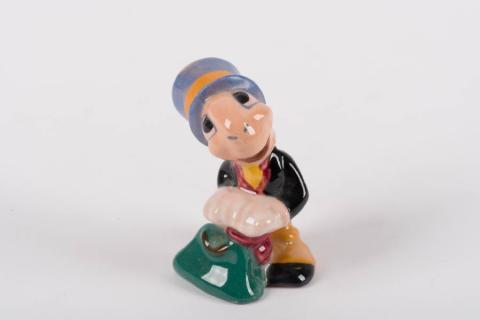 A ceramic figurine inspired by the 1940 Disney Studios film Pinocchio. Featuring a colorful and detailed rendition of Jiminy Cricket, the figure was produced by Brayton Laguna Pottery at the time of the film's theatrical release. Measuring 1.5”x1.75” and 2.75” tall, Jiminy is in very good condition.