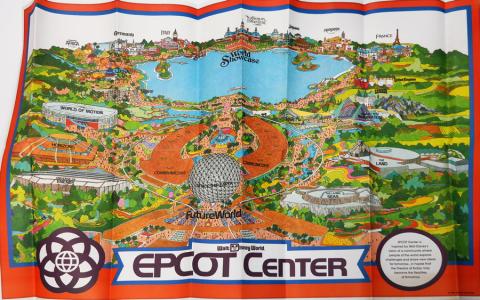 A souvenir map from the opening year of Epcot Center featuring a stylized version of the park as it appeared at opening. This map also includes future attractions such as The Living Seas, Horizons, and the Morocco pavilion. Notably, this map features Equatorial Africa as a future World Showcase pavilion, which was later replaced by Norway. Measuring approximately 30"x44", the map is in very good condition with some wear along the edges and the fold-lines