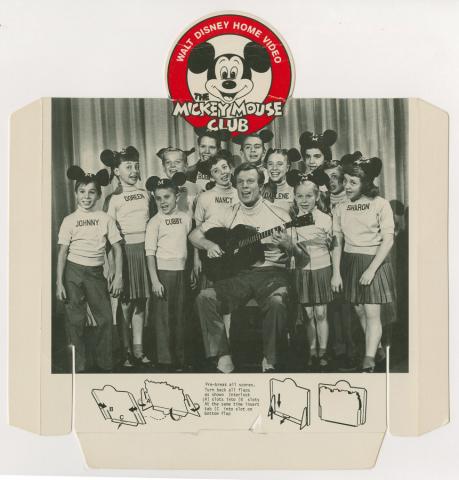 This is an original store display from the 1985 release of The Mickey Mouse Club on Home Video. The display is comprised of two parts which slide together to create a three dimensional display. The photo shows many members of the classic 1950s cast including Bobby Burgess, Annette Funicello, Darlene Gillespie, Cubby O'Brien, Karen Pendleton, Doreen Tracey, and Jimmie Dodd. The 1980s were the early years of VHS as a home video format, as reflected in the price that the videos were being sold. The display measures roughly 10.5" x 9" x 1" when constructed and is in fair condition with some creasing throughout from use.